Skip to content
Whitepaper: Managing the Generation Gap in Your WorkforceLucia Alexandra Scurei

As new generations such as Millennials and Gen Z are entering the workforce, Generation X is taking over leadership roles from the Baby Boomers who are now getting ready for retirement. How are retiring Baby Boomers and this mix of generations affecting your workplace and how can you manage the generation gap?

Whitepaper | How retiring Baby Boomers are affecting the workplace

Find out more about the Baby Boomers

What is a generation gap?

From a scientific point of view, a generation gap is counted when there are more than 30 years between the time of the birth of two individuals. However, a generation gap is not just a distance represented by numbers, but also a difference in opinions, beliefs, values, political stance and behavior. People often refer to a generation gap as being the reason why children and their parents and grandparents don’t see the world in the same manner.

The sociological theory of the generation gap came into play in the 1960s, when Baby Boomers seemed to go against everything their parents had as values. They were rebellious when it came to political views, cultural preference, taste in music and other values. Millennials and Gen Z are now the “rebellious” ones. Impacted by technological advancements and a different economical and sociological environment, the new generations find themselves experiencing a generational gap that reflects in things like the language they use, attitudes towards work and study, personal values and so on. These differences make it difficult for individuals from different generations to find common ground, and can often cause isolation between members of different generations.

Which generations are Baby Boomers?

Baby Boomers are the individuals belonging to the demographic cohort born between 1946 and 1964, following the Silent Generation and right before Generation X. The name of this generation stems from the term baby boom, which describes an increase in birth rates. In the years following the Second World War, especially in Western cultures, there was quite a sudden increase in population, with the US alone registering more than 2.000.000 new individuals in the 1950s. The individuals born after 1955 are also referred to as “Late Boomers” and includes over 37.000.000 individuals (in the US).

What motivates Baby Boomers in the Workplace?

For Baby Boomers work has shifted from a source of stability to a means of self-actualization and self-expression, combining the love of hierarchical management with an emphasis on structural fairness and equal opportunity. Since Baby Boomers equate work and position with self-worth, they can be very competitive in the workplace. They are clever, resourceful and strive to win. Boomers believe in hierarchal structure and rankism and may have a hard time adjusting to workplace flexibility trends. They believe in “face time” at the office and may fault younger generations for working remotely. Baby Boomers are extremely hardworking and motivated by position, perks, and prestige. Baby Boomers relish long work weeks and define themselves by their professional accomplishments.

What do Millennials and Gen Z want in the workplace?

Millennials want meaningful jobs that align their professional capabilities and their ethical values. They also favor social enterprises and organizations with meaningful missions and commitment to giving back to the community, doing their part to protect the environment, and companies committed to providing their workforces with positive employee experiences. This generation is looking for roles where they can do meaningful work and develop their careers. Millennials also want flexibility and do not view their careers in the same way as the generations that came before them, they demand more than just a 401k and casual Fridays. Training is key to Millennial engagement.

Gen Z is however more focused on loyalty and speed. They have a strong need to feel appreciated in the workplace and expect brands and employers to provide feedback on a regular basis. They want to advance rapidly, and most of them are also known as early-starters, meaning that they are more likely to begin their careers earlier than millennials, as soon as from 16-18 years of age.

How do Baby Boomers work with Generation X, Millennials and Gen Z?

In the last decade, we’ve seen Generation X move into job roles previously occupied by Boomers – and not just within our places of work, but on a global scale: Take a look at Canadian Prime Minister Justin Trudeau, French President Emmanuel Macron, and American President Barack Obama. Generation X is our new generation of leaders, despite being the smallest generation in the active workforce – the reality is that there are not enough of them to fill Boomer positions. Millennials (also known as Gen Y) are also starting to step up and fill leading positions, but are they properly skilled, and ready?

Since they sacrificed a great deal to get where they are in their career, the workaholic generation of Baby Boomers believes that Generation X and Generation Y should pay their dues and conform to a culture of overwork. Baby Boomers may criticize younger generations for a lack of work ethic and commitment to the workplace, especially when it comes to the “entitled” Millennials and Gen Z. 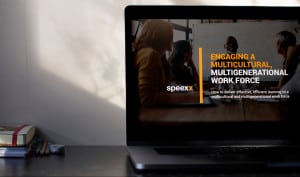 The modern workforce brings together Millennials, BabyBoomers and more recently, Gen Z. This e-book will help you understand the different needs of various generations and cultures within your teams. Get practical tips on how to effectively deliver learning to your workforce.

Millennials and Gen Z – Challenges for HR and L&D 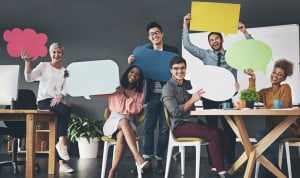 Enter this webinar and learn how to manage and overcome the challenges brought on by the new generations entering the workforce – Millennials and Gen Z. How do these generations (expect to) learn and what are some principles HR and L&D professionals could follow?