We are frequently reminded through advertising and marketing of how many  Multinationals claim to be ‘truly global’ in their approach to business. But for many, words like Values, Integrity, Social Responsibility have all become much more marketing fodder than actual maxims by which to guide a company.

But what does that actually mean to be a global organization anyway? Well, this piece will deal with what it is not.

The reason for this article is driven by a conversation I had with a bright young manager who was working for a large multinational. She is based in SE Asia, where she was born and had recently taken a couple of trips overseas to visit the group head office.  That was when she got to witness first hand a disparity in standards, policies and what she described as ‘simple decency’ between the Western home of the company the Asian overseas operation.

She explained to me that she knew there would be a different wage structure. The economies were very different but did not see the reason why areas like health and safety had to have such differing standards. The question was posed and she was advised that the company had always met its legal obligations in each of the countries it operated.

‘Why did the company simply not create a standard that exceeded the ‘letter of the law’ approach she further ventured ?’

She told me at which point she could feel the atmosphere changing in the meeting and if the Head of Global Compliance had a panic button under the table it would have been pushed and she would have been forcibly removed from the room.

She took home from the head office the employee handbook and began to become increasingly moved agitatedly until a conference call was requested with HR at the head office.

She discussed with them areas where the company had either exceeded the legal requirements in the home country or where new incentives had been created but not replicated elsewhere in the world.

She also questioned why there was a random drug testing policy in Asia and why this had not been replicated throughout the group. She was told there was never the ‘need’ anywhere else, although it was not explained why the ‘need’ had been established in the first place in the Asian operation.

Needless to say, she does not work for this group anymore. She does work for another multinational however, but one that has created global standards. She tells me they are not perfect, but that its OK, because the employees see it is a work in progress and that the company genuinely seems to want to ensure a global approach is taken. The new company has also cultivated local rather than purely expatriate leadership and that the average turnover is a little under 5 years rather than a little under 18 months.

“Even the most rational approach to ethics is defenseless if there isn’t the will to do what is right.” – Alexander Solzhenitsyn

About the Author: William Spindloe

William is an expert HR/ training professional with over 20 years in implementing best practices by developing, managing and leading a wide range of HR, learning and development strategies while achieving success in terms of employee performance, productivity, process optimisation and profitability across Middle East and Asia as well as with American and European Corporations. 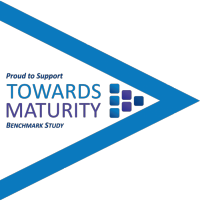 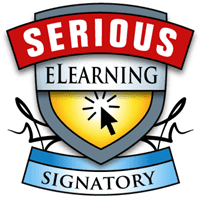 This site uses cookies. If you go on, we assume you're happy with it! Learn more

If you are a Speexx student from Mexico just click the Login button.